I Will Not Be Posting for a Week

I am heading off to Prague this afternoon for a much-needed and well-deserved vacation, so I will not be posting again until 5 August.  See you all then.
Posted by Scott M. Baker at 11:33 AM No comments:

I was very fortunate to have two awesome blogs post interviews with me today.  So please drop by Bricks of the Dead and Reading and Writing Urban Fantasy and Paranormal Romance to check them out.

E-Book Version of Rotter World Is Now Availabe for .99 Cents

Great news for those looking to catch up on their summer reading.  Rotter World plus several other Permuted Press titles are available as e-books for .99 cents between now and 22 August.  Check out the full selection here.  Don't pass up this inexpensive way to enjoy the apocalypse.
Posted by Scott M. Baker at 8:00 AM No comments:

Jennifer Bielman of Reading and Writing Urban Fantasy and Paranormal Romance posted an awesome review of Rotter World, giving it 4.5 stars and stating: "It's as simple as this, Rotter World is the best zombie book I have read by far."  You can check out the entire review here.
Posted by Scott M. Baker at 4:18 PM No comments: 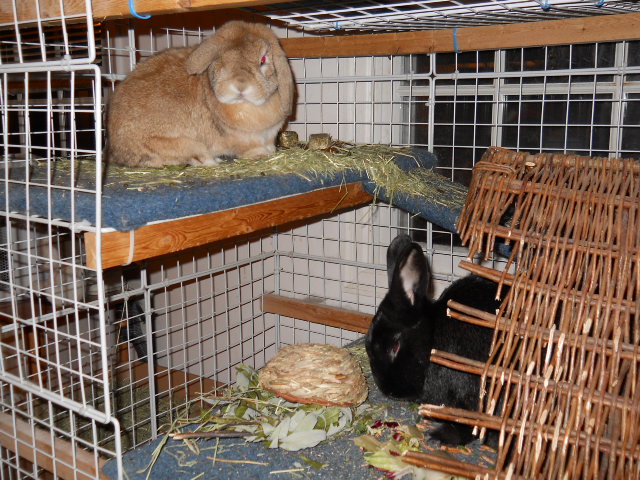 Don't yell at us.  You're the one who left us unsupervised.

Congratulations to the Goodreads Giveaway Winners!!!

Congratulations to the Goodreads Giveaway winners listed below:

Your autographed copies of Rotter World are ready to be shipped and will be in next week's mail.  I hope you like the book.  And enjoy the apocalypse!
Posted by Scott M. Baker at 6:57 PM No comments: 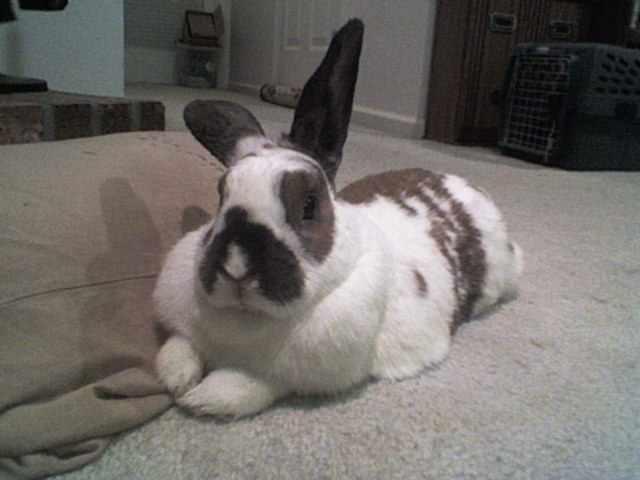 Today is a very depressing day.  One year ago this afternoon, I had to put to sleep my beloved Woodstock who was suffering from paralysis due to severe arthritis and bone cancer.  He had come into my house exactly nine years earlier as a rescue from a neglectful family.  Woody loved life despite the first eighteen months of his existence being spent in a small cage under someone's front porch.  Even on his way to Rainbow Bridge, as Dr. Crum was putting him to sleep permanently, Woody licked may arm furiously to tell me everything would be all right.  He's no longer with me, but he's not forgotten.
Posted by Scott M. Baker at 10:54 PM No comments:

Email ThisBlogThis!Share to TwitterShare to FacebookShare to Pinterest
Labels: rabbits

It's been a relaxing two weeks, with several days spent seeing family in Boston and loved ones in Florida. But now it's back to reality (at least for another two weeks).  So let me catch everyone up on what's going on.

Only two days left in the Goodreads giveaway of Rotter World.  There have already been 347 people who have signed up to win one of three autographed, print editions of the novel.  For a chance to get your own copy, just click on the link and press ENTER TO WIN.

I have just finished a series of interview questions for Reading and Writing Urban Fantasy and Paranormal Romance, Bricks of the Dead, and Werzombie Press.  They should be published sometime in the next few weeks.  I'll provide links to the interviews when they become available.

Also, I am arranging some more book signings for Maryland and Massachusetts for later this year, but so far nothing definite.

However, I will be attending two huge zombie conventions.  On 21-23 September I will be at the Infectscranton event in Taylor, Pennsylvania along with fellow Permuted Press authors Jacqueline Druga and Kim Paffenroth.  Others guests include author Matt Mogk (Everything You Wanted To Know About Zombies) as well as cast members from The Walking Dead and George Romero's Dead movies.

And on 19-21 October I will be attending ZombiCon 2012 in Fort Meyers, Florida, again with Jackie Druga.  Although the guest list for this event has not been published yet, Fort Meyers will be crawling all weekend with zombie events.  Definitely check it out.

Doubleshot Reviews posted a review of Rotter World in which it called the novel "a unique and welcome mix of zombies, vampires, humans and their fight for survival.  Rotter World is a definite recommend."  You can check out the entire review here.
Posted by Scott M. Baker at 6:50 PM No comments:

Am Taking a Break From Writing This Weekend

I reached a milestone in Hell Gate today -- I hit the 45,000-word mark and completed the second section in the book.  Before I dive in and finish the novel, however, I want to go back and do some revisions.  There are a few scenes I want to add, some characters I want to go into greater depth on, and some chapters that need beefing up.  I also want to crank up some of the conflicts.

Before that, I'm taking a long weekend and flying down to Florida for some much needed relaxation.  That means no Sunday Bunnies this week.  But I'll be back to blogging and writing on Tuesday.
Posted by Scott M. Baker at 8:22 PM No comments:

Email ThisBlogThis!Share to TwitterShare to FacebookShare to Pinterest
Labels: writing

On 6 July Patrick D'Orazio's Tomes of Darkness posted a review of Rotter World, calling it a "creative new twist on the traditional zombie tale...."  You can check out the entire review here.
Posted by Scott M. Baker at 8:09 PM No comments: 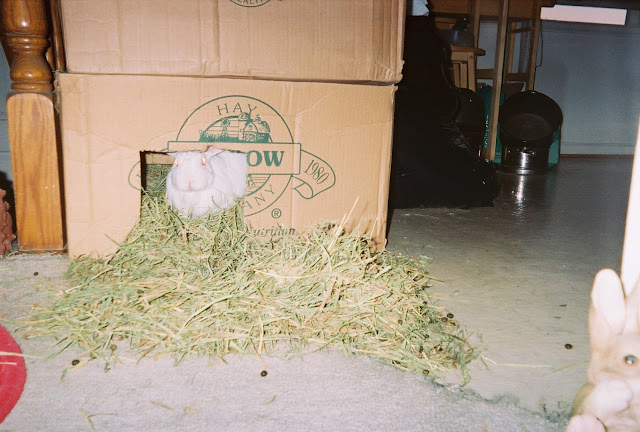 Just a reminder that you have only fourteen days left to enter the Goodreads giveaway of three autographed, trade paperback editions of Rotter World.  All you have to do is go to Goodreads giveaway and click ENTER TO WIN or click on the app to the right.  Good luck.
Posted by Scott M. Baker at 10:38 AM No comments:

Daniel Henriksen from Denmark reached out to me on Facebook the other day to let me know that the Danish website Trauma Magazine reviewed Rotter World and gave it three out of five stars.  If you speak Danish, you can read the entire review here.  If not, I included a partial translation below (courtesy of Google Translate).

"It is a perilous quest that not everyone survives, and the goal will surprise you with its horror and in the complex takes place beginning of the end, when the complications between human and vampire challenged and internal strife and intrigue arises .. for there is much hatred buried between the two species and it is hard to keep buried. Simultaneously, several of them have ulterior motives with the excursion. It will be a very hectic end.

"Rotter World does not do anything violent fuss. It tries not to be iconic and trendsetting, but live quite sensible in its own universe. It is historically well established and exciting and hard-boiled and squashy for effect and quite erotic for a book in this genre. It is obvious that it lives its life in the events of Site R, because this is where the book really develops. There is much implied in the friction between man and vampire. I would however like to see even more history, because I feel anger and powerlessness in the cynical actions, but it is against the act itself and not the person it hits. I'd like more insight into the protagonists or more focus on each of them so they become more vivid in the book. The same goes for vampires, because there are many references to them, but relatively few scenes with their vampires. I do not think they come in character, but seems more like supporting roles in the plot. Zombies are very clear and detailed, and their deaths equally, there is the book very brutal and visual.

"Rotter World is one of the few books that could actually be beneficial to be longer - a historical first part and an action-packed second part - and it's not call to ask a book to be longer."
Posted by Scott M. Baker at 5:43 PM 1 comment: 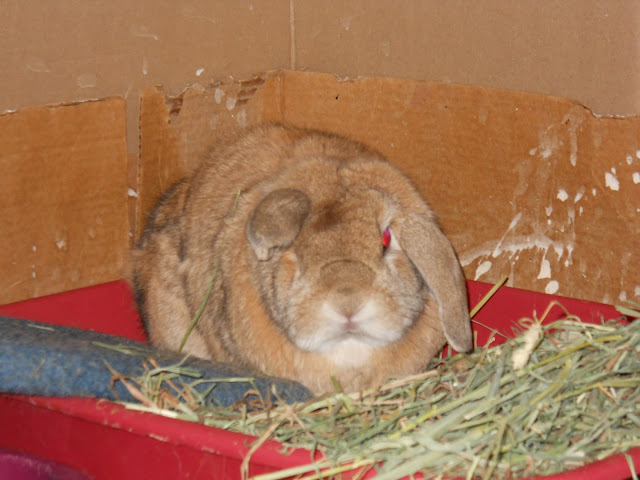 Screw you.  I do not look like a tribble with ears.
Posted by Scott M. Baker at 10:56 PM No comments: