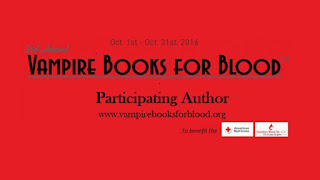 Tomorrow begins the Vampire Books for Blood charity for the American Red Cross and Canadian Blood Services. The event kicks off with a two-hour on line gathering from 1-3PM EST. Not only will everyone who attends get to chat with the writers participating in this event, but there will be samples from many of the titles included in the event, games, and a huge VB4B raffle. It will be a fun time for a good cause, so it'll be a win-win for everyone.

All three books in the trilogy are on sale on Amazon in print editions, or you can buy the omnibus for the Kindle or the Nook. I've agreed to donate 50% of every book in the trilogy sold on line to the American Red Cross. If you haven't taken the plunge and bought the books yet, this is the perfect opportunity to read an exciting vampire series and help out a great cause. If you have already read them, then check out the other writers and pick up some of their works. And please, share this with your vampire-loving friends and have them take part. The more people who participate, the better it is for everyone involved.

I look forward to seeing you tomorrow.

Email ThisBlogThis!Share to TwitterShare to FacebookShare to Pinterest
Labels: the vampire hunters, vampire Books for Blood

I Will Be Off Line Until 28 September 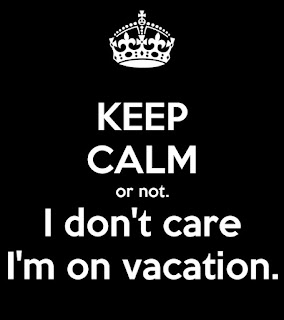 I will not be on line for the next week. My wife and I are leaving tomorrow morning for a much needed vacation to Germany and Poland, part of which will include research for my novel series on Nazi occultism. We will not be returning until late on 27 September. Upon my return, a very intensive fall begins. So keep tuned, and I'll talk to you all on the 28th.
Posted by Scott M. Baker at 10:00 PM No comments: 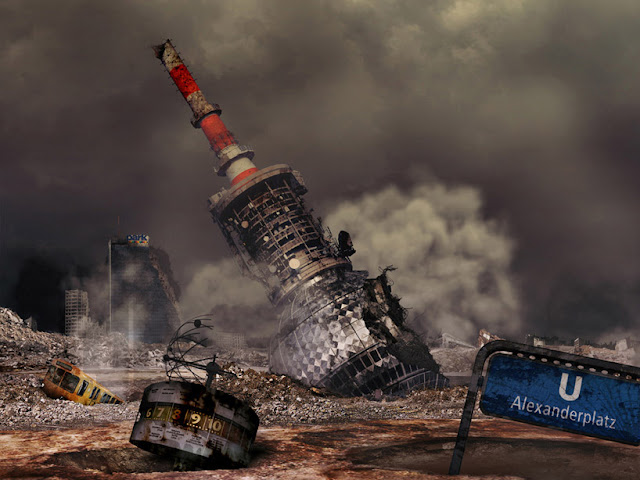 Since Alison and I are leaving tomorrow for a trip to Berlin and Poland, I thought this piece of artwork by Michael Zak was very apropos.
Posted by Scott M. Baker at 7:00 AM No comments:

There is a lot going on from the time I get back from our trip to Europe in late September until January 2017. And I'm not just referring to the major project I'll be putting the final touches on and the book launch for my young adult post-apocalypse novel. I'll be all over the place, virtually and physically. 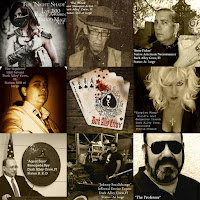 From 7-9 October I'll be attending Spooky Empire at the Orange County Convention Center in Orlando. I will have a table there along with the other writers from the Dark Alley crew. I'll be signing books all weekend. I will also be on several of the author panels being held, but as of yet do not have a list of which panels and their times. I'll post more on that when I know for certain.

On Saturday, 15 October, from 2-4 PM, myself and fellow Dark Alley crew writers Melissa Gibbo and Tyson Hanks will be signing copies of our books at the Book Warehouse at 5250 International Drive in Orlando, Florida.

October will suck the blood out of you because I'm attending several vampire-related events throughout the month.

On Sunday, 9 October I will be participating in Facebook's three-day Vampire Authors Celebration, which is held from 7-9 October. I will be hosting my own segment of the show from 10-11PM EST.

As you already know, I will be participating in the Vampire Books for Blood charity event to benefit the American Red Cross and the Canadian Blood Services. For the month, I will donate 50% of my net royalties from every on-line sale of The Vampire Hunters, Vampyrnomicon, Dominion, and The Vampire Hunters Omnibus to The American Red Cross. For a list if the other writers participating in this event, click here. Specific events during the month's charity drive include:

-- On 1 October, the charity event kicks off from 1-3PM EST with a two-hour Facebook party. This includes a virtual meet-and-greet with the authors, fun events, and a raffle for vampire books. This one you don't want to miss.

-- On 6 October, at 1PM EST, I will be holding a one-hour Q&A on the Vampire Books for Blood's Facebook page to answer any questions you might have about The Vampire Hunters trilogy and writing in general. And yes, there will be prizes. But only for those who participate, so start preparing some tough questions.

On 6 November, I'll be attending a book signing event at the Rabbit Hole Book Store at 763 W. Montrose Street in Clermont, Florida. The time is to be determined. Fellow Dark Alley crew writers John Catapano and Tyson Hanks will also be there.

On Sunday, 20 November, from 10AM to 5PM, I will be signing books at the Clermont Comic Con at the Clermont Performing Arts Center in Clermont, Florida. If you haven't attended the CCC yet you should. It's a great convention with plenty of big-name guests, but at the moment it's small enough so you get plenty of face time with the celebrity guests.

Finally, on 28 January 2017 I'll be attending the the Dreadfest 2017 event at the W.T. Bland Public Library in Mount Dora, Florida. This is a first-run event that promises to be fun and informative. Although the event is still in its formative stages, the planned events include presentations on writing or elements of dark fiction (horror, dark fantasy, thriller, paranormal romance, etc.), horror/dark fiction author panels, and possibly even a nano-fiction writing contest.And of course, I'll be signing books. This promises to be a fun family-friendly event, so mark it on your calendar now.

That's it for the moment. I'll remind you all as the dats grow closer, and will update the postings as events change or more info is needed. So keep on reading so I can keep on writing,.
Posted by Scott M. Baker at 8:00 AM No comments: 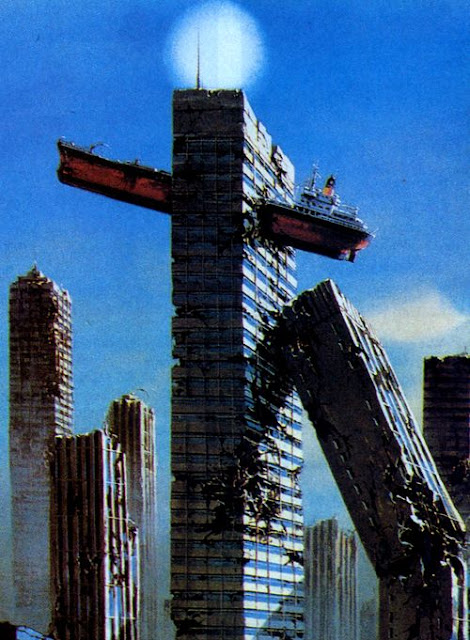 I know this one is completely unrealistic and could never actually happen, but I loved it and had to share.
Posted by Scott M. Baker at 7:00 AM No comments:

Remembering Those Who Died on 9/11 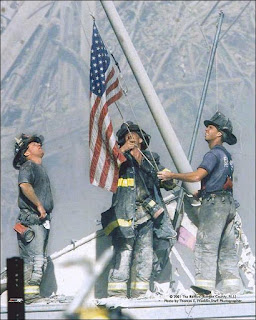 Fifteen years ago today I was sitting in an office in Langley watching the news coverage of the plane that had crashed into the World Trade Center. My friend and I were wondering how anyone could be stupid enough to hit a building of that size on a clear day when the second plane struck the second tower. I can't even begin to describe the shock and horror that went through our office as the realization hit that America was under attack. The next few years changed America, the way we lived, and my life in ways I could not begin to imagine on that September morning. I also remember that for a few brief moments we were not liberal or conservative, Democrat or Republican, rich or poor, black or white -- we were united as Americans. Let's put aside our differences for one day and remember those who lost their lives that fateful morning, from those who died in the terrorist attack, to those who began the fight in the skies above Pennsylvania, to those who sacrificed themselves rushing into burning buildings to save those who were already doomed.
Posted by Scott M. Baker at 11:23 AM No comments:

I'll be sharing more about this in the coming weeks. I'm proud to be one of the participating writers in the Vampire Books for Blood charity event this October. I'll be selling the newly released 4th edition of The Vampire Hunters trilogy and The Vampire Hunters Omnibus on Kindle and am planning to sweeten the deals (like a vampire sucking on a diabetic's blood). So stay tuned for more details.
Posted by Scott M. Baker at 8:41 AM No comments:

Don't blame me for picking on New York City and San Francisco so much, but some of the best apocalyptic artwork is created around those cities.
Posted by Scott M. Baker at 7:00 AM No comments: