As promised, my self-imposed exile has come to an end.

The family is settled in just outside of Concord, New Hampshire, which means I'm officially a New Englander again. It also means it's time to concentrate my efforts back on my writing.

Even though I was on on sabbatical from social media, events still proceeded on the writing front. My latest novel, the dark political thriller MAG: Mutant Assassin Group, is complete and I'm actively seeking a literary agent to represent it. I have been working with the Center for Disease Control and the World Health Organization to research the sequel to MAG. My series about Allied intelligence officers battling Nazi occultism during World War II is sitting in the wings and waiting for me to have the time to devote to it. Plus I am working with a good friend in Los Angeles to develop my first script. 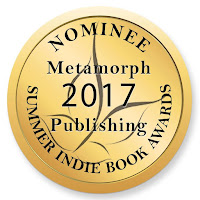 Josh Matthews, my young adult persona, has been very active during the past six months. Hell Gate has been nominated for a Summer Indie Book Award in the Fantasy genre. The sequel to Hell Gate is scheduled for release this October, and the third and fourth books in the series are under development. With luck, audio versions of the novel will be available in the near future.

All my previously published novels, novellas, and anthologies are still available. I hope to introduce them to a whole new set of fans. So for the next few months, I plan on making myself known up here through book signings and attending local conventions. Keep your eyes on my writer's Facebook page. For my fans in New England who have not had a chance to meet me yet, we'll take care of that soon.

It's good to be back. With the help of my fans and friends, I hope to make the next two years the best yet. Thanks for following me.
Posted by Scott M. Baker at 9:13 AM No comments: