These photos are of the steam engine used to transport the Demon Hunters to Lake Baikal in Siberia in Shattered World II: Russia.

I'll Be Taking Over the Written Undead Facebook Page 10 April 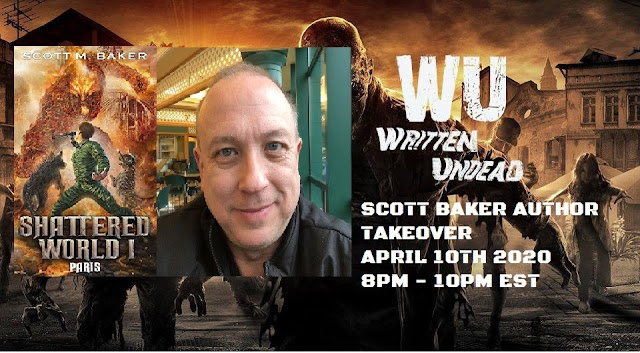 This Friday, 10 April, from 8 to 10PM EST, I will be taking over the Written Undead page on Facebook. We're going to have a good time. There will be some fun contests and, yes, a few giveaways. Hope to see you there.
Posted by Scott M. Baker at 12:17 AM No comments:

These photos are of Red Square and Lenin's Tomb where the battle to close the first portal occurred in Shattered World II: Russia.

These photos are of the underground bunker complex that the Demon Hunters use to sneak into Red Square in Shattered World II: Russia.

Sadly, I was informed last night that both the Author's By the Sea event scheduled for 19 April and the Vermont Sci-Fi and Fantasy Expo scheduled for 25-26 April have been postponed. The organizers of both events are hoping to reschedule them for later this year. Once I know when they're going to be held, and whether I can attend, I'll let you know.

Also, to help out those who are under lockdown, whether it's self-isolation or mandatory quarantine, and who are short on money because of the financial hardships created by COVID-19, I'm offering the Kindle version of two of my books for free until 12PM PST 29 March. Just go to Amazon and download Rotter Nation, the second book in my Rotter World saga, and my novella Nazi Ghouls From Space (the title speaks for itself). All I ask is that you leave a review of the books on Amazon.

After I published Shattered World I: Paris, I posted a series of blog entries with photos and images that inspired the novel's locations and demons (Mont St. Michel, St. Mere Eglise and Falaise, Paris, and Demon Spawn Concept Art). As with Shattered World I, I have been fortunate to have visited most of the major locations in Shattered World II: Russia. To bring Shattered World II alive for my readers, every Wednesday for the next four weeks I'll be posting blog spots with photos related to the locations described in the novel and/or concept art about the demons. I hope you enjoy them.

This week's photos are the most interesting of the series because it will be dealing with the concept art and ideas that went into developing the Demon Spawn. [WARNING: There are spoilers in this blog post, so if you have not read the book be forewarned.] 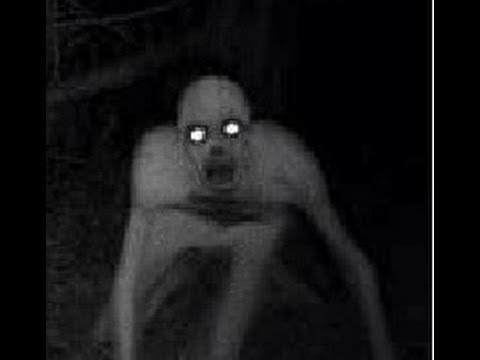 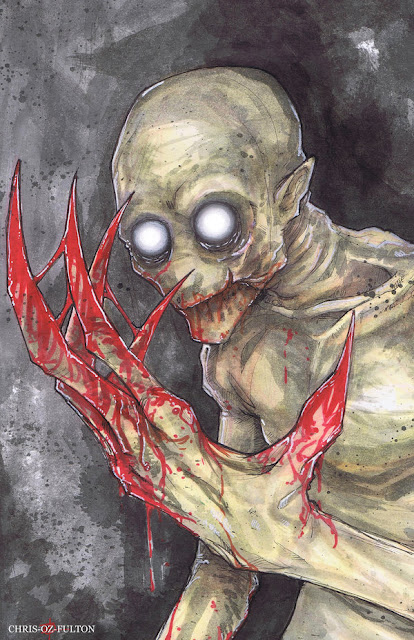 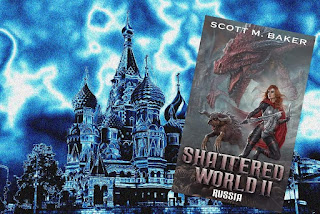 After closing the portal in Paris, Jason is a hero and the undisputed leader of the Demon Hunters. He also has a new goal: to close the portal in Moscow.
On the long journey across Europe, the Demon Hunters encounter new threats and unexpected allies. Dragons guarding the portal in Moscow. A Russian doctor who is fascinated with the demons. And a beautiful Russian officer who leads Jason’s team on a wild journey through Siberia on an armored train.
However, Jason is secretly torn between his devotion to his mother and his responsibility to save the world. He is also struggling between his affection for Jeanette and the heartache he feels for Sasha. These insecurities are tested with the arrival of the Purgatoriati, a mysterious group sent to assist the Demon Hunters on their expedition.
With so much against them, will Jason’s team be able to close the portal in Russia and stop the flow of the demons into our realm?
Posted by Scott M. Baker at 12:01 PM No comments:

Northeast Comic Con and Collectibles Extravaganza Has Been Canceled

What a bummer. I just received word that the New Hampshire Board of Health has canceled the Northeast Comic Con and Collectibles Extravaganza scheduled for this weekend in Boxboro, Massachusetts. I'm really disappointed. I'll let you know if/when it's rescheduled and whether I'll be able to make it.

Upcoming Events for March to May

I have too big things coming up this Friday the 13th, which is a very appropriate day.

My latest book, Shattered World II: Russia, will be released on 13 March. This is the sequel to Shattered World I: Paris, my young adult post-apocalypse series about portals opening between Earth and another dimension, allowing demons to invade our planet. The book will be available in print, on Kindle, and on Kindle Unlimited. You can pre-order your Kindle copy here.

Also this Friday, I'll be attending several conventions and book signings over the next two months. At each of them, I'll be selling/signing copies of all my books that are in print or, if you've already purchased one of my books, I'll autograph it for free. Below is my list of appearances.

-- Northeast Comic Con and Collectibles Extravaganza from 13 to 15 March at the Boxboro Regency Hotel in Boxboro, Massachusetts.

-- Vermont Sci-Fi and Fantasy Expo on 25 and 26 April at the Champlain Valley Exposition Center in Essex, Vermont.

Soon I'll be making announcements about two other convention attendances I'm trying to arrange, one of which is awesome (wicked pissah, for my Bostonian friends) as well as newsletter I hope to release soon.

This week's photos are of the Demon Hunters' journey through Paris.

This weeks photos are of St. Mere Eglise, from the first scene in Shattered World I: Paris, and Falaise where [SPOILER ALERT] the group is attacked by giant wasps.

This weeks photos are of Mont St. Michel where the Demon Hunters are based.