With Rotter World, Scott M. Baker pulls out all the stops in a zombie thriller that is brutal, violent and terrifying. Definitely not for the faint-hearted. -- New York Times bestseller Jonathan Maberry, author of Patient Zero and Dead of Night
Think there are no new or original zombie authors? Think again. Scott M. Baker provides an exciting voice and fresh outlook on the undead. Fun, compulsive reading. -- Brian Keene, author of The Rising and City of the Dead
Scott M. Baker writes in the tradition of J.L. Bourne and Joe McKinney.  Fans of thriller writers like Brad Thor will also find powerful, welcome similarities in Rotter World. -- Scott Kenemore, author of Zen of Zombie


Right from the start, this book starts off at a frenetic pace and never slows down. Scott ratchets up the intensity page by page until the epic ending at the underground facility. Scott has managed to bring together the best of what I love about end of the world, vampire and zombie tales in one glorious story that I hope he will continue in another book. If you think zombie and vampire stories are overdone and there is not anything new you can do with them, Rotter World proves that theory wrong. If you love vampire and zombie stories, and love great characters you will undoubtedly love Rotter World and I highly recommend it. -- Pete Schwotzer of Famous Monsters of Filmland 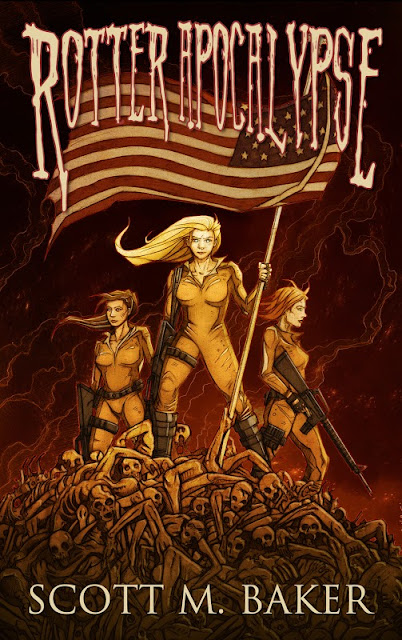